Searching for Andrew Hawk in Alabama 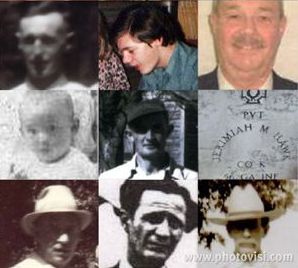 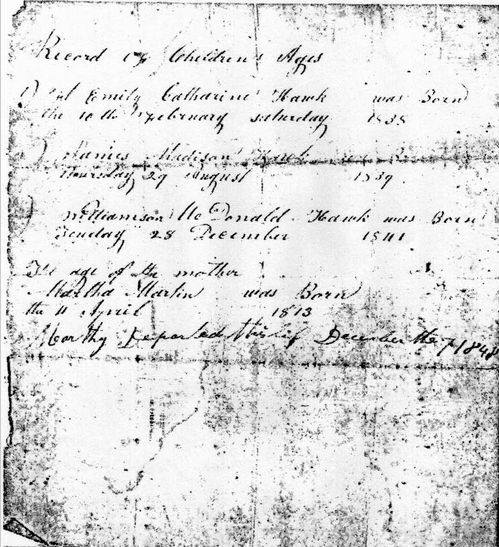 DNA testing has confirmed the Andrew Hawk connection took root in Alabama and proliferated there like kudzu in the countryside. How it got there is an easy story to tell. Jasper County, Georgia had become the home of all known descendants of Andrew Hawk by around 1825, with the exception of William Hawk's three orphans who were growing up in Morgan County just to the north. From Jasper County, Hawk couples young and old launched westward and southward. Seaborn Hawk's death in 1870 closed the Jasper County history of the family, but by then branches were established in other places. Nowhere did the Hawk line take root as strongly as it did in Alabama.

James M. Hawk and Daniel Hawk, either brothers or first cousins, married Tucker sisters Mary and Nancy in Jasper County, and went straightaway to Heard County where both families were enumerated in 1840 and 1850. Daniel and Nancy stayed in Heard County, and his descendants remain there today, except for a few who crossed county lines into Newnan, Coweta County.

After 1850 James M. and Mary headed further west, leaving Heard for Coosa County, Alabama. By 1867 Mary had died and James remarried a lady from Elmore County, Alabama. From that time forward, James and his descendants can be found in the census records of Elmore County. Descendants of these two lines are documented in Hilda Driver Hawk's book, The Hawk Family: James Hawk and Descendants and Related Families. Hilda's book is a wealth of genealogy including copies of crucial primary source documents including scans of bible pages, as well as photos from various lines.

Janie Powers Light is a descendant of the Daniel Hawk line, and she has done a yeoman's work extending, expanding, and correcting these lines - building on the foundation that Hilda created - and adding photos and faces to many more of these names. Janie's work on these lines, though not published in book form, is incomparable.

Second, there is a William H. Hawk who married Martha A. Martin and went west to Troup County, Georgia, where they were enumerated in 1840. Troup is adjacent to Heard and they are both right on the Alabama line. Somewhere around 1844, however, William died. His grave location is unknown. His widow Martha Martin Hawk remarried in 1845 to Samuel Nabors of Tallapoosa County, Alabama. Martha herself died in 1848, but her three young children, Emily Catharine Hawk, Williamson McDonald Hawk, and James Madison Hawk, were enumerated in the Nabors household in 1850. It can be tricky finding this family on the 1850 census, because Nabors is spelled Neighbors, and Samuel has remarried again. No further record has been found of Williamson or Emily. I am hopeful that they lived and thrived and that someday we will find their descendants among us. But James Madison Hawk survived and prospered, and from 1860 forward he and his descendants resided in Tallapoosa and Marshall counties, Alabama.

Julia Hawk Raines of Arab, Alabama, has coordinated and developed the genealogy of this line for many years, issuing annual newsletters filled with photos, historical research, obits, and family news. We corresponded by letter in the early 2000's, and it was her action as an intermediary that procured us a DNA sample that allowed us to connect this line to the Andrew Hawk line. I have not heard from her in years and hope she is well.

In the process of searching Alabama records to determine who was part of our line and who wasn't, I extracted these Hawk (and variant) entries from the 1830 and 1840 Alabama censuses. None of these individuals are known to be in our lines.

Return to Searching for Andrew Hawk